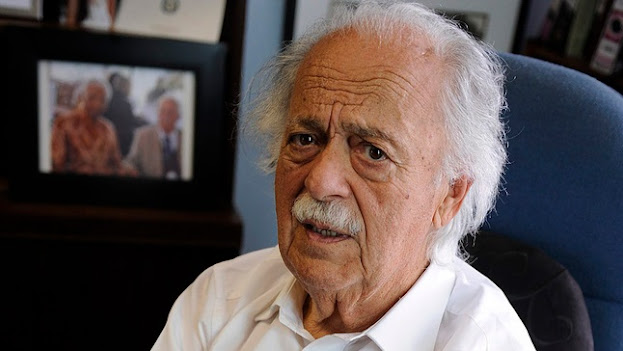 President Ramaphosa has authorised that the national flag be flown at half-mast at every flag station in the country from Saturday, September 12 until the evening of the Special Official Funeral on Thursday, September 17.
The renowned human rights lawyer passed away on Wednesday at the age of 92.
Adv Bizos was born in Kirani, Greece. He came to South Africa with his father in 1941.
He dedicated his legal career to fighting for basic human rights, while representing numerous high-profile activists in political trials including Nelson Mandela, Walter Sisulu and other accused in both the 1956 Treason and 1963 Rivonia trials.
President Ramaphosa has described George Bizos as one of the best legal minds in South Africa who contributed immensely to the attainment of democracy.
“George Bizos was a well-known name and he had an incisive legal mind and was also one of the architects of our constitution who contributed immensely and he will be sorely missed. We dip our heads in honour of the contribution he made to our democracy,” said President Ramaphosa.
iol.co.za/