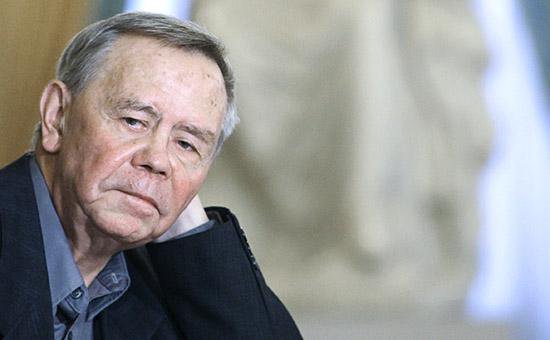 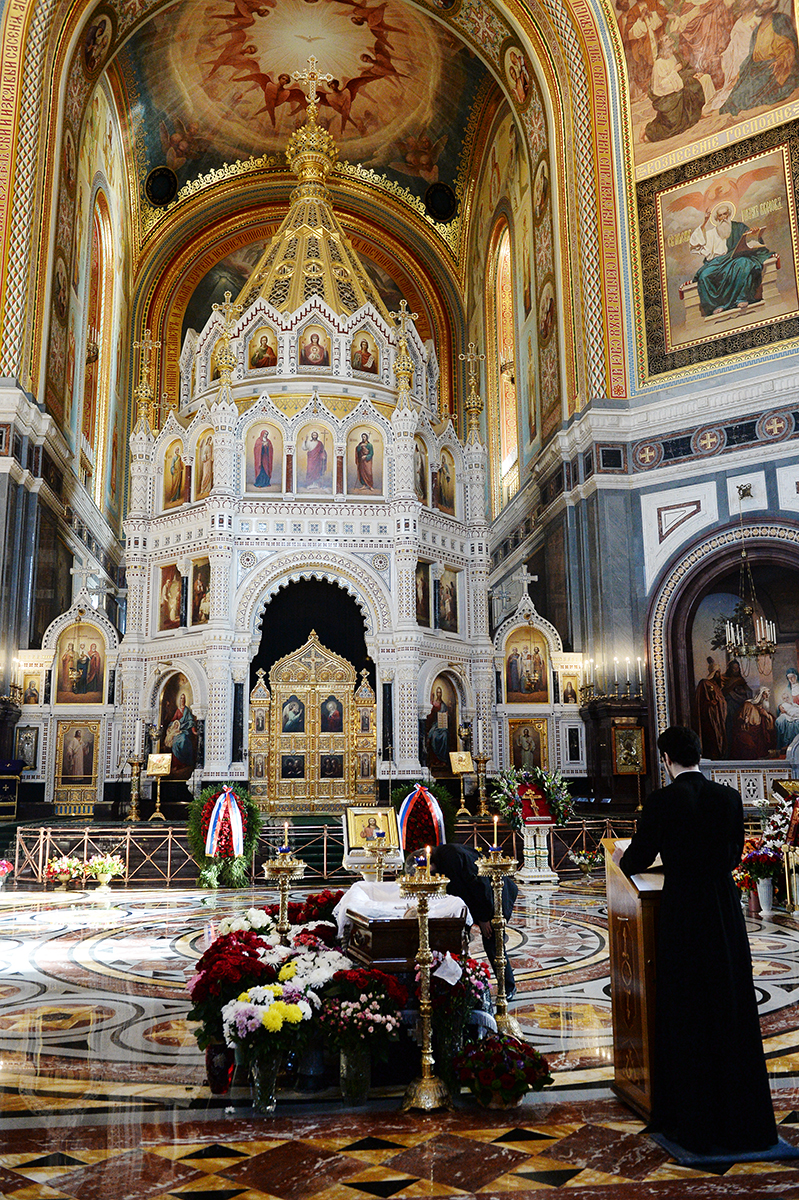 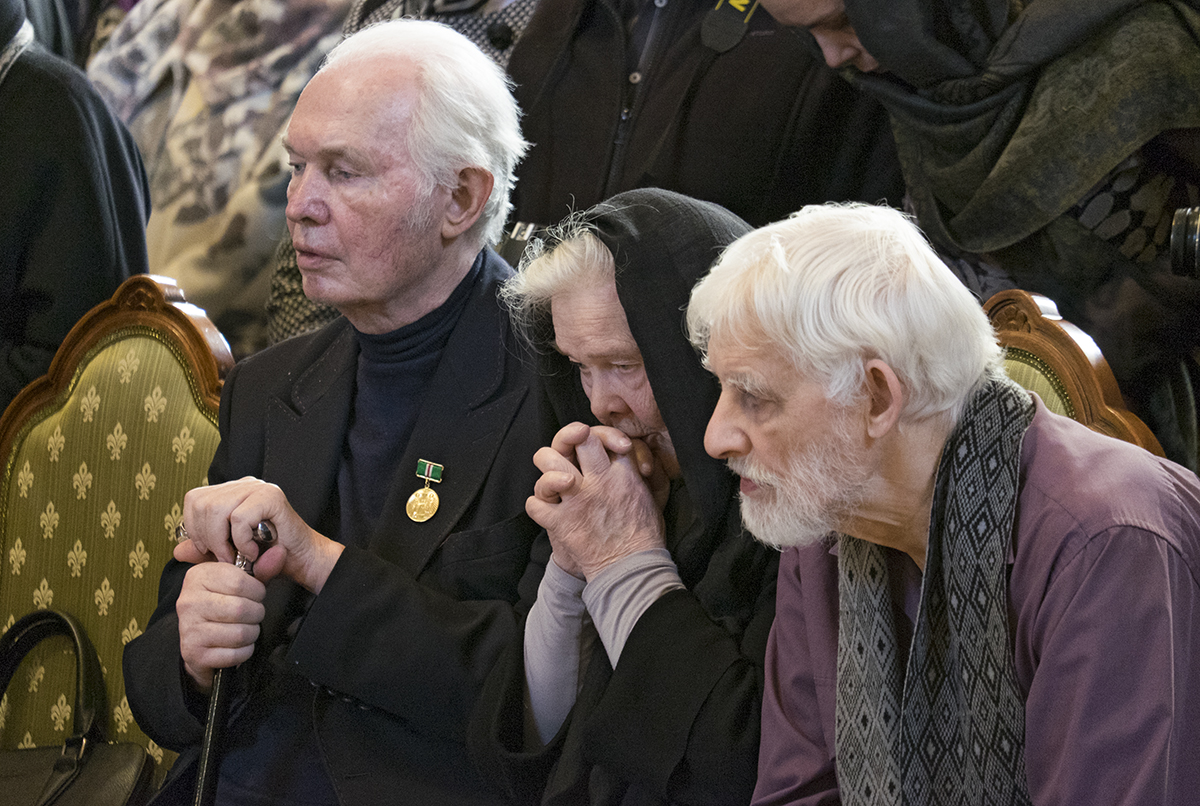 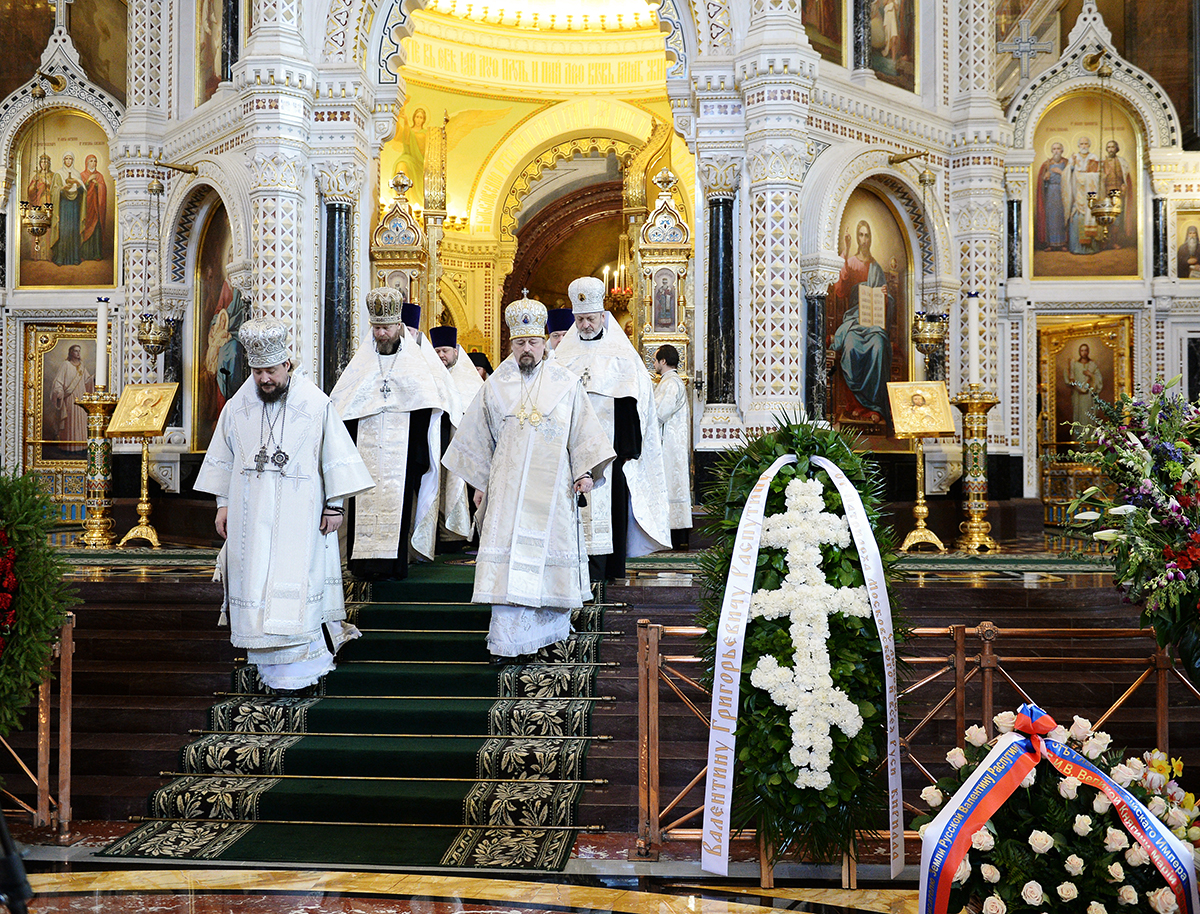 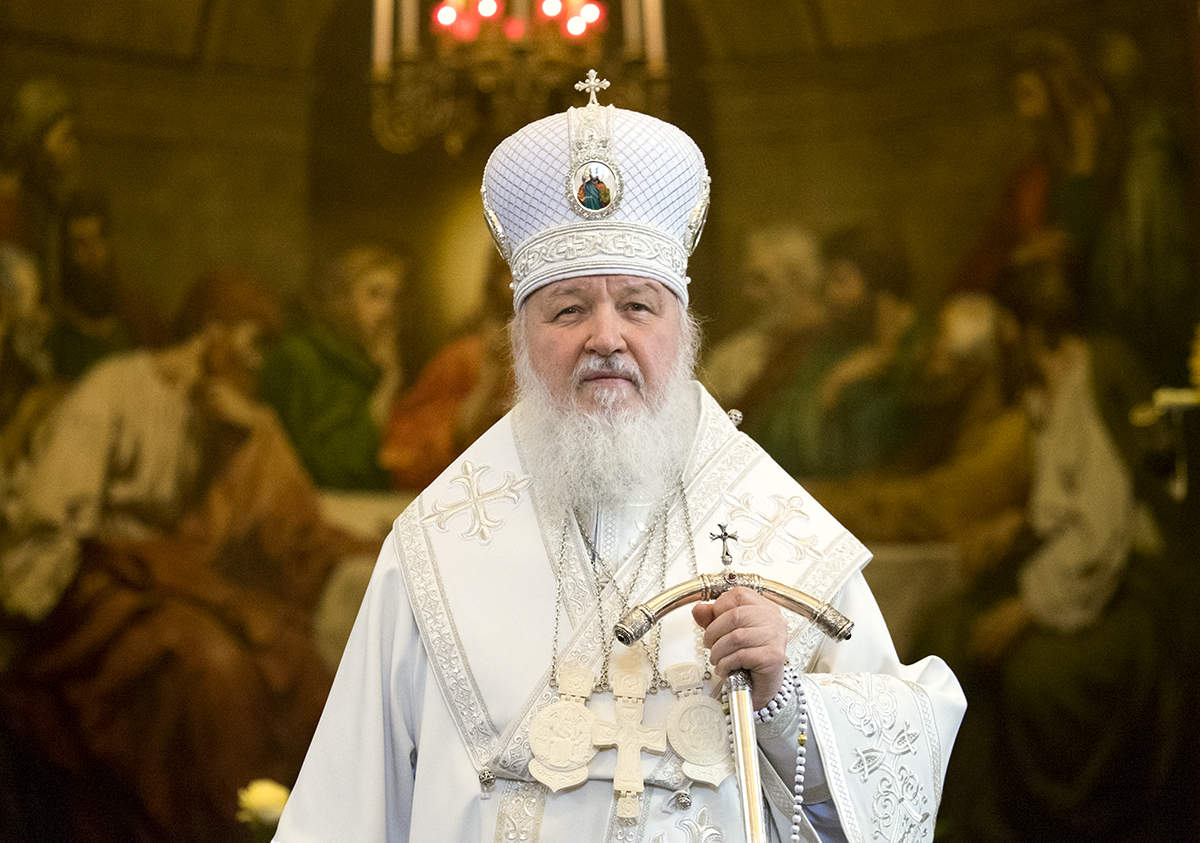 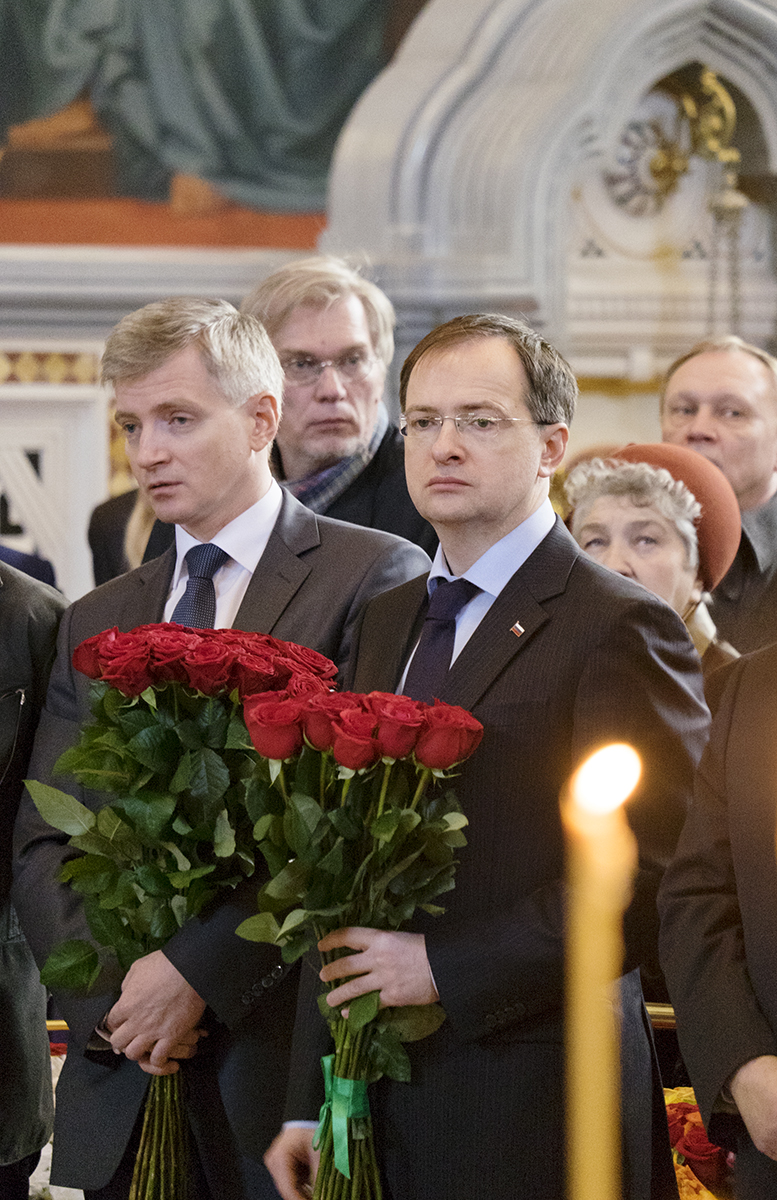 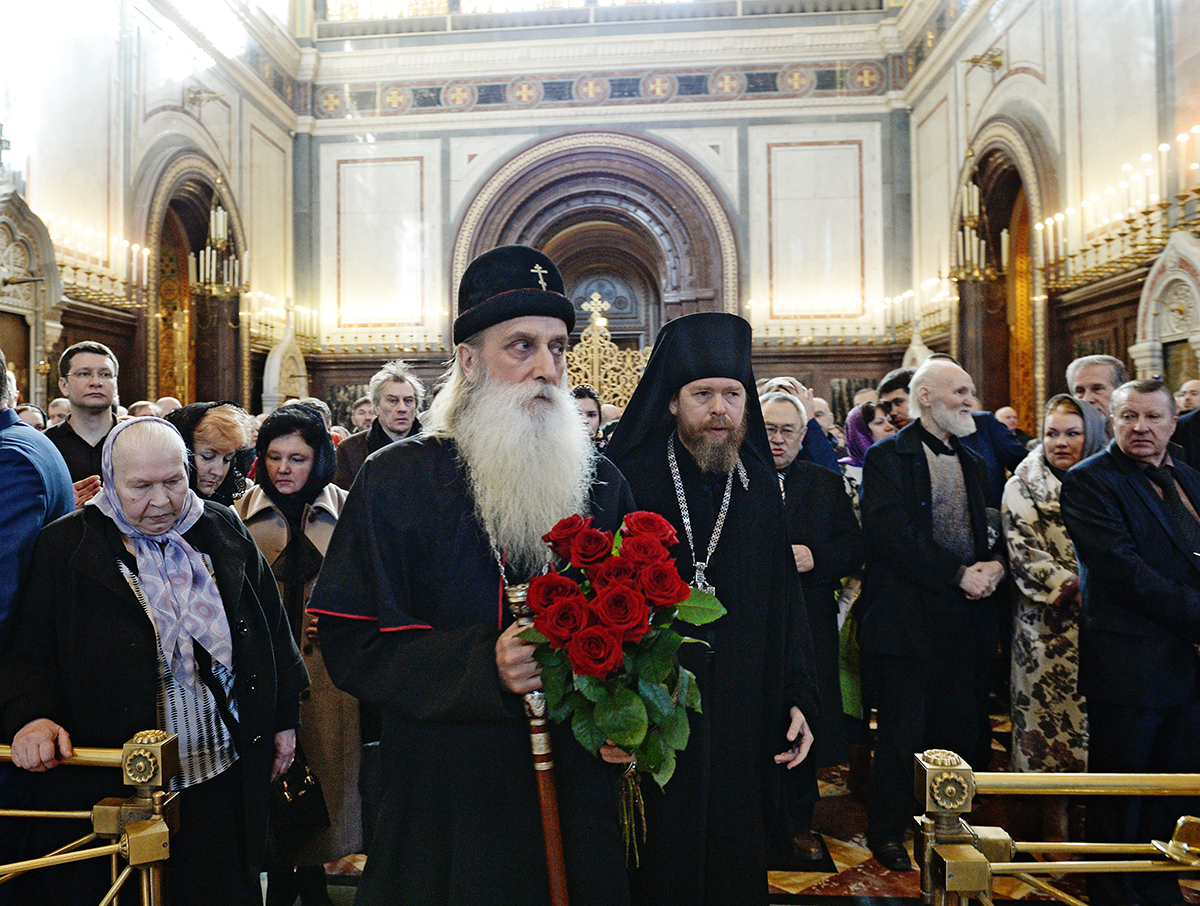 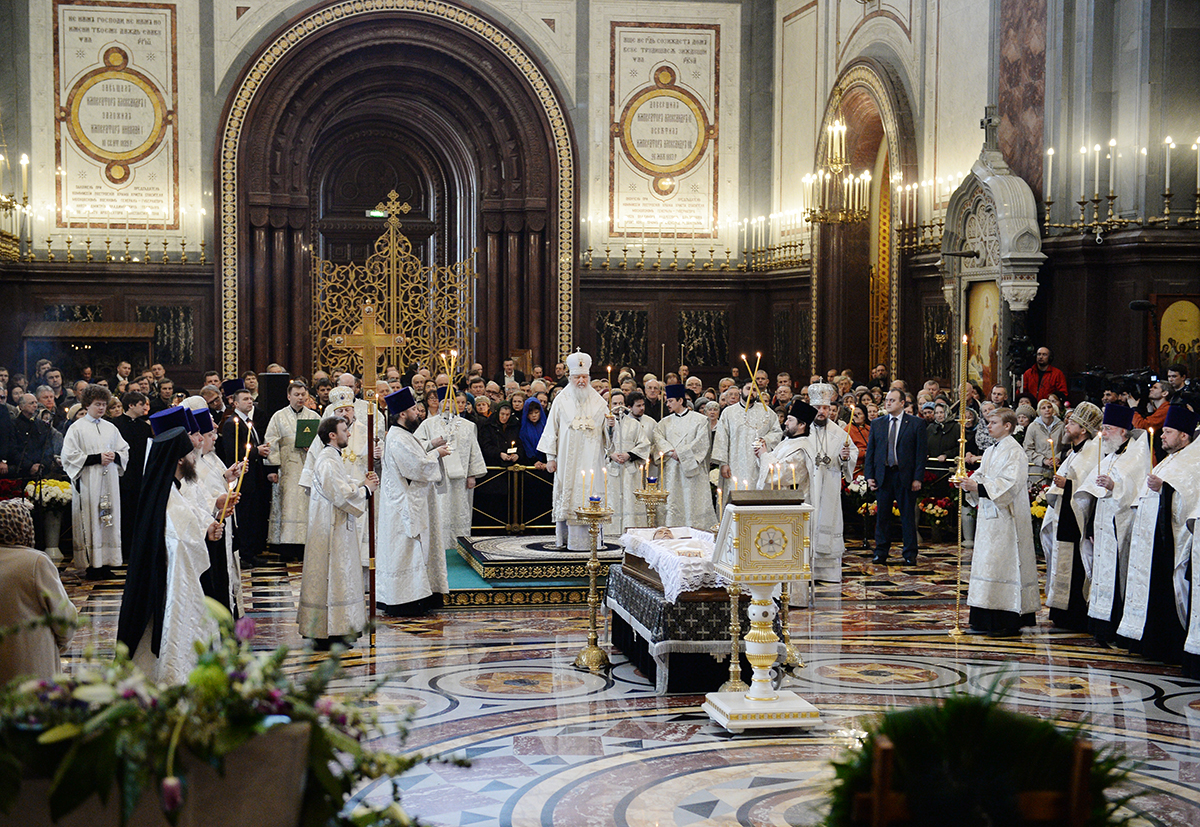 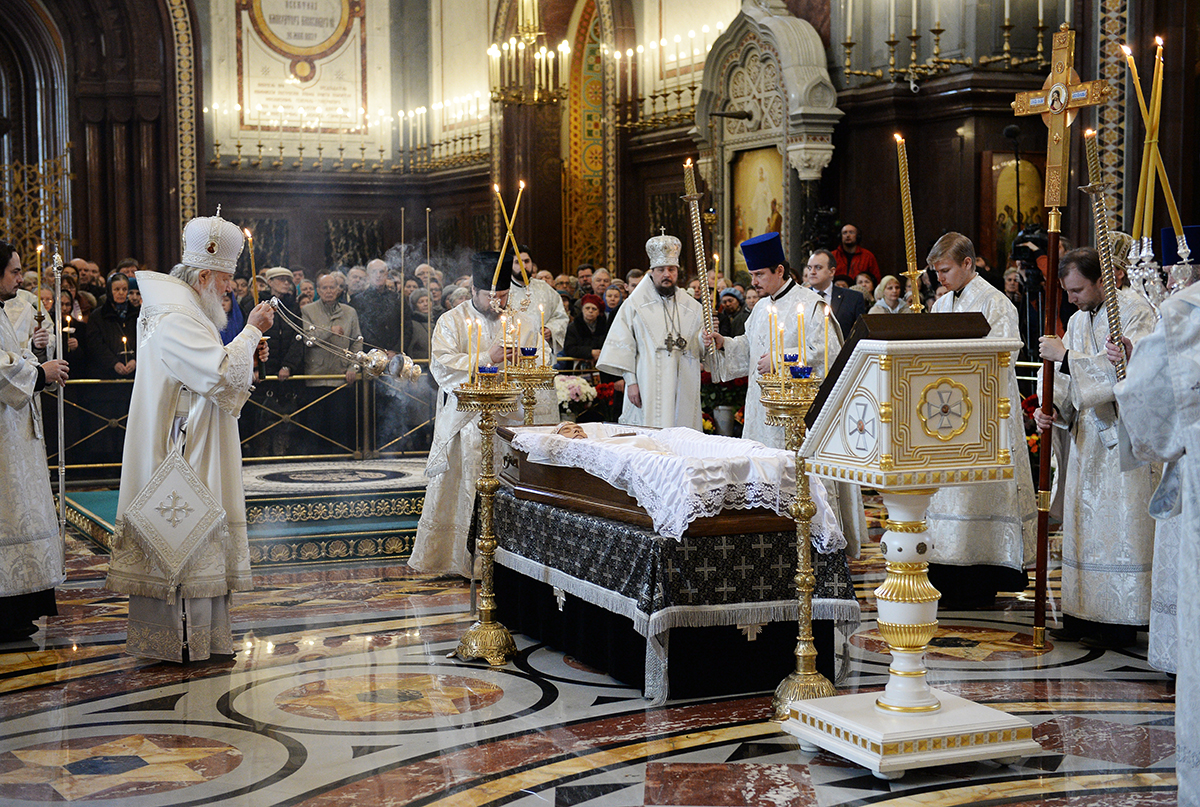 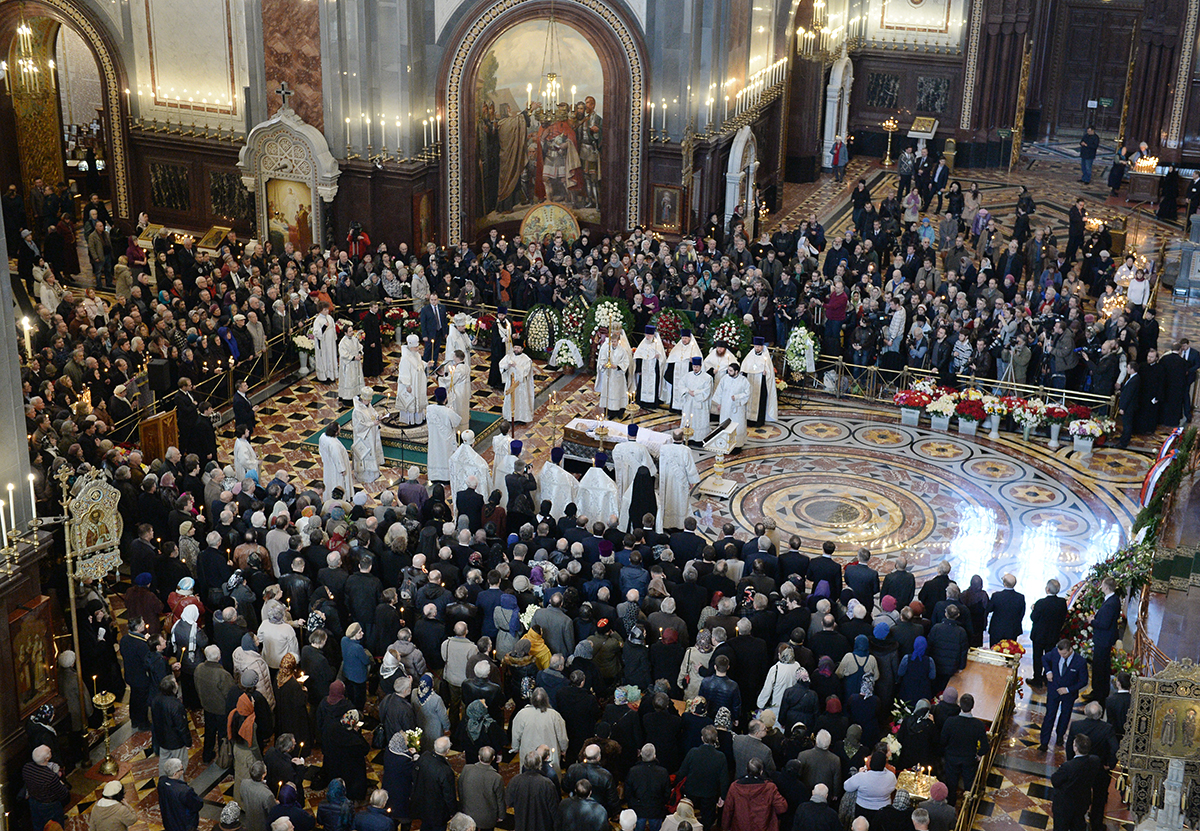 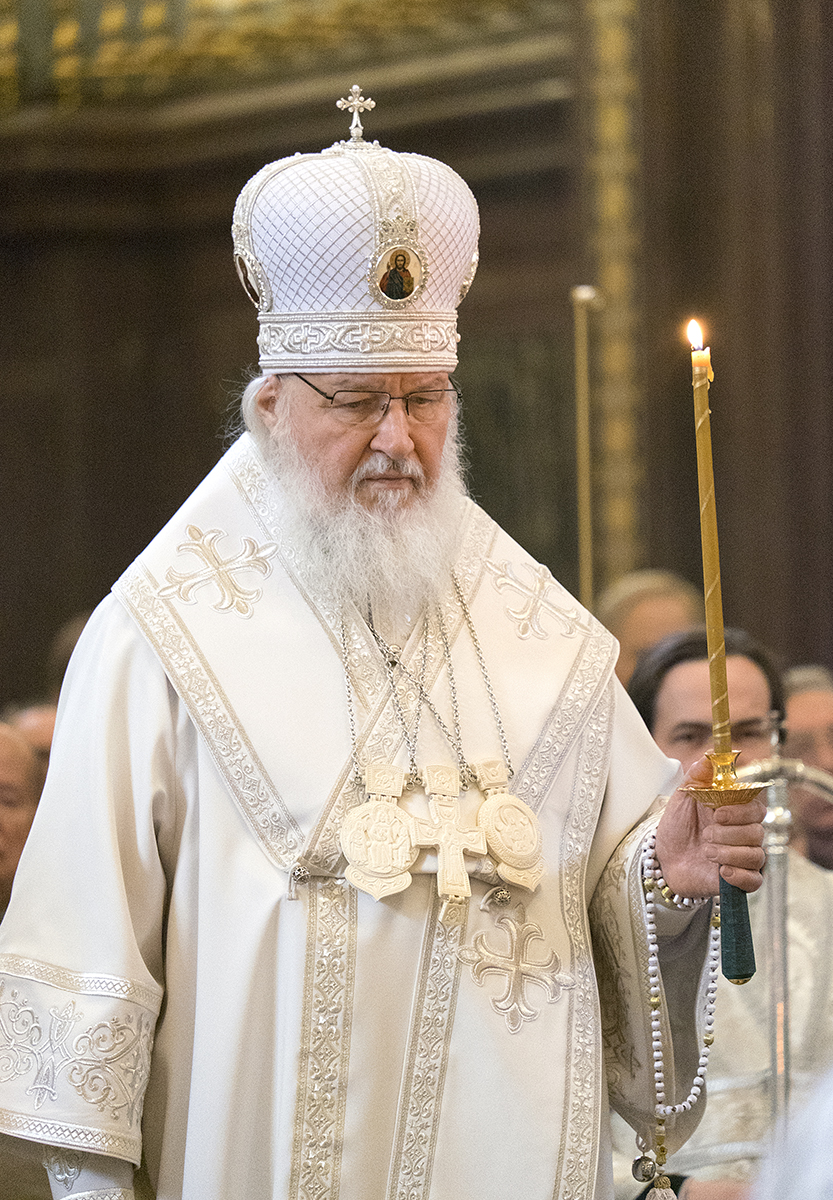 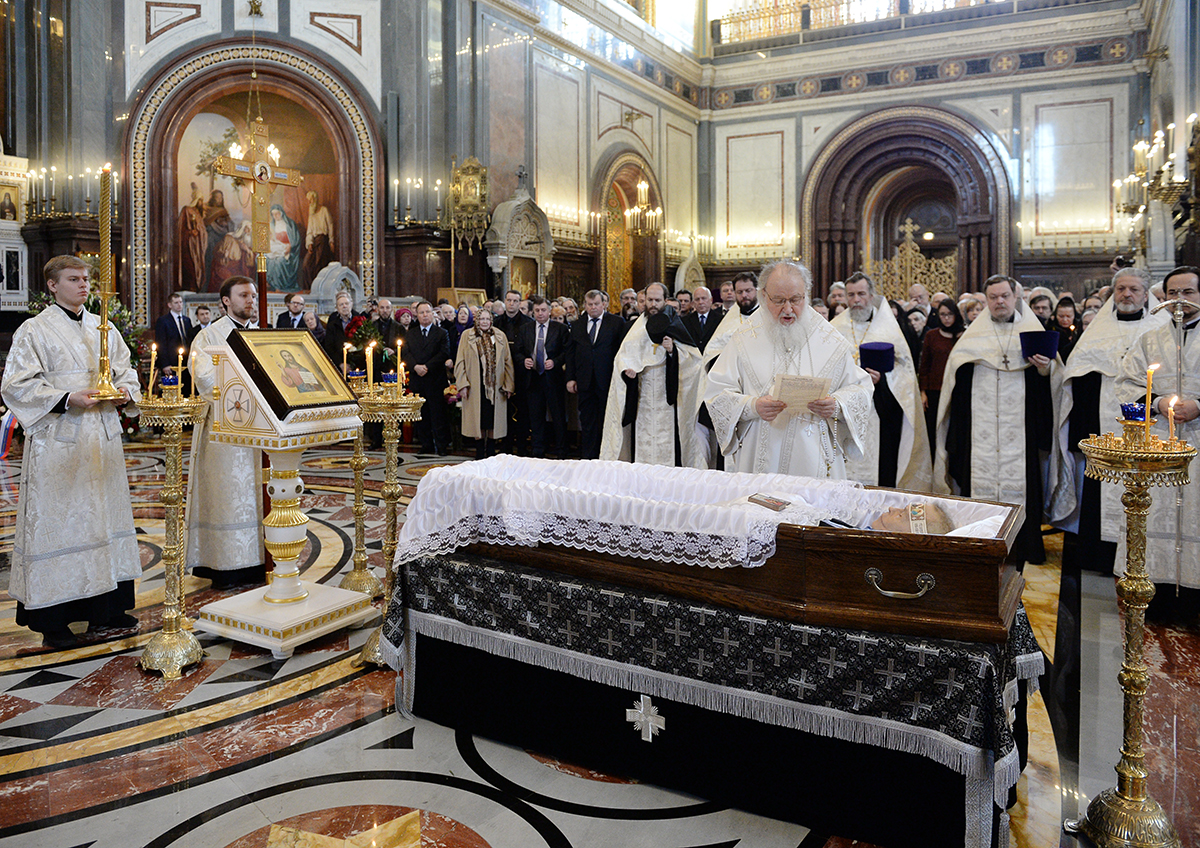 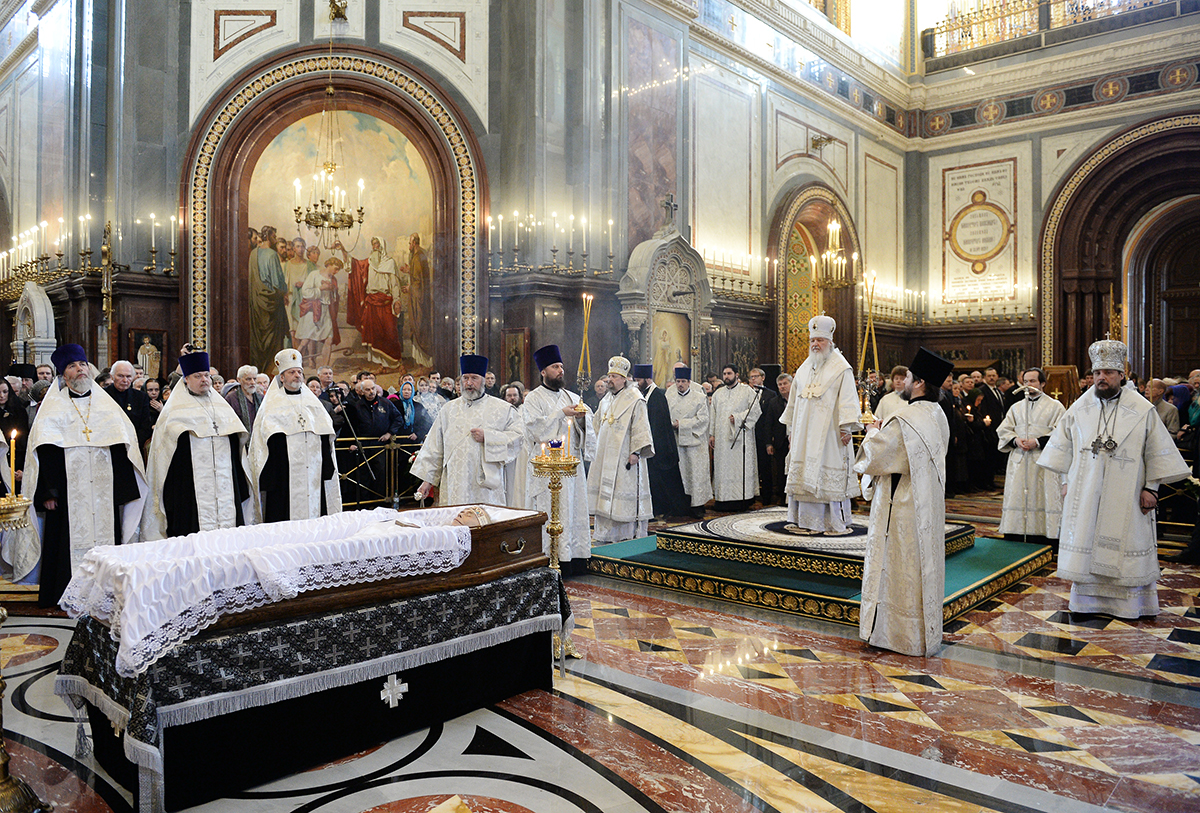 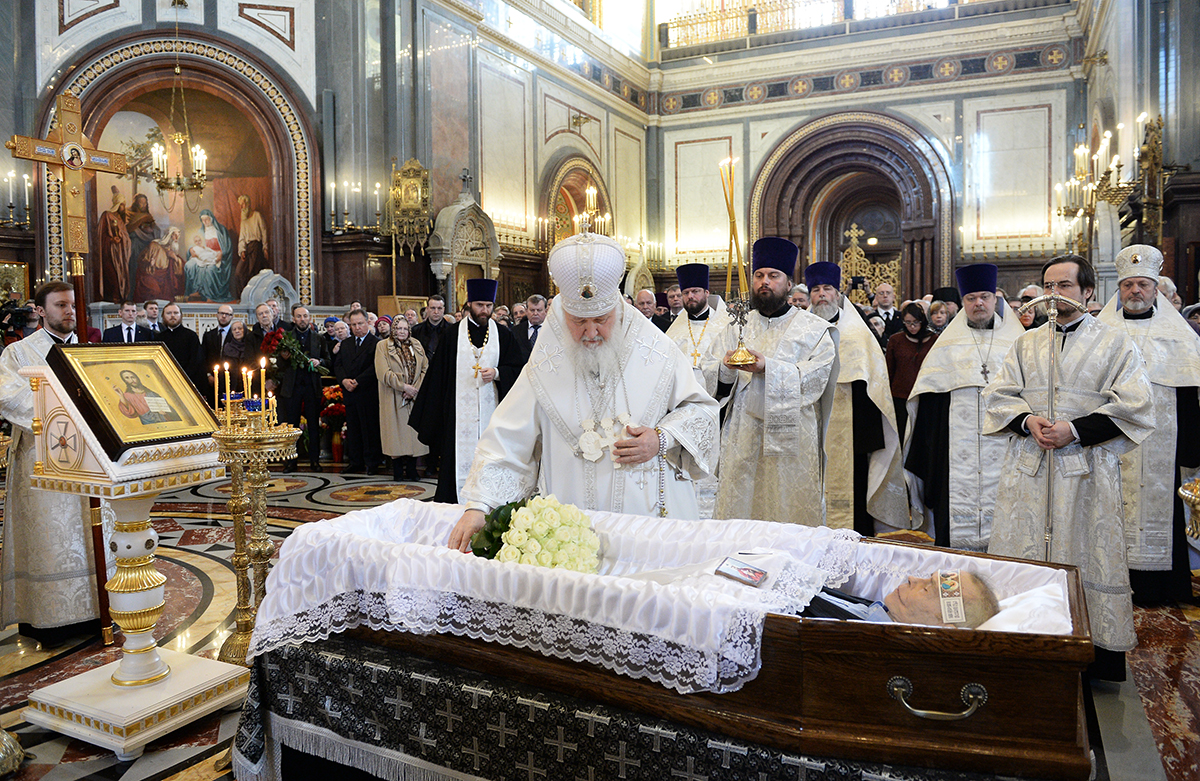 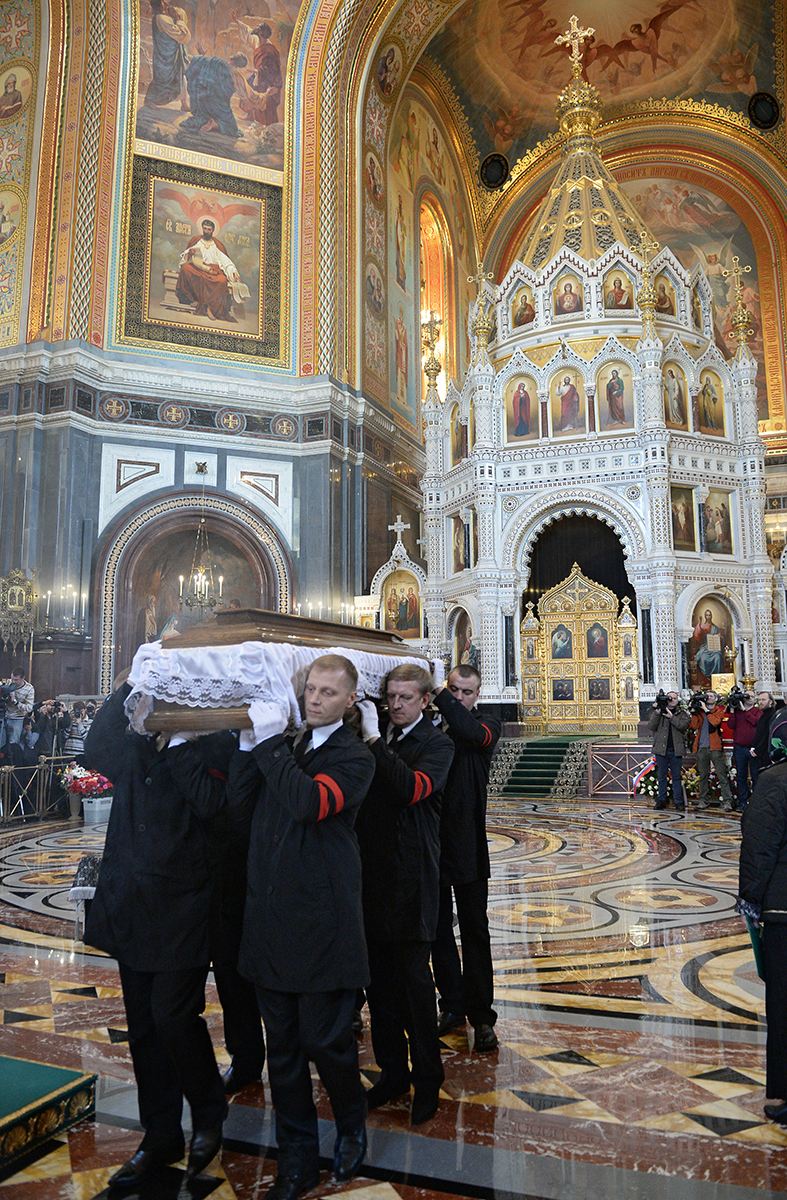 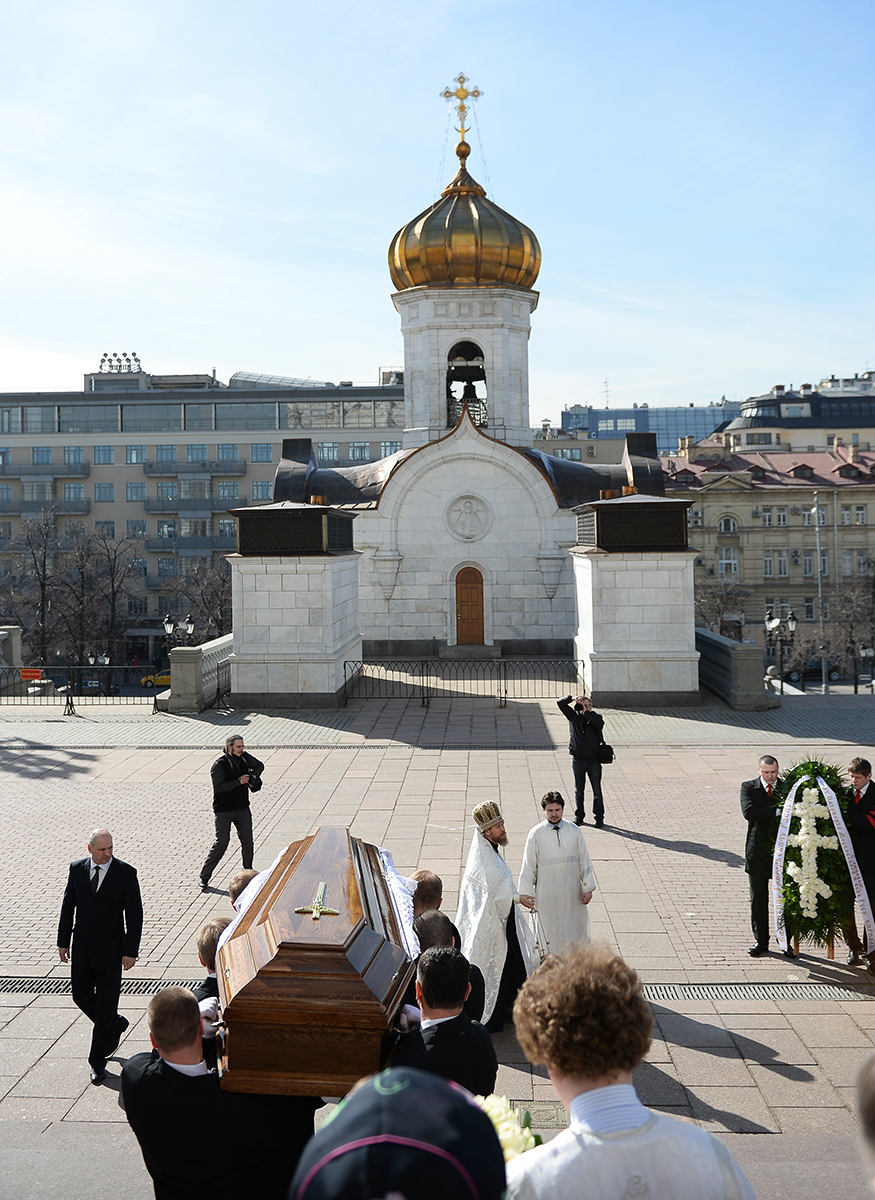 Who is Who
VALENTIN RASPUTIN
[from Wikipedia]

Valentin Grigoriyevich Rasputin (Russian: Валентин Григорьевич Распутин; 15 March 1937 – 14 March 2015) was a Russian writer. He was born and lived much of his life in the Irkutsk Oblast in Eastern Siberia. Rasputin's works depict rootless urban characters and the fight for survival of centuries-old traditional rural ways of life, addressing complex questions of ethics and spiritual revival.

Biography
Valentin Rasputin was born on 15 March 1937 in the village of Atalanka in Irkutsk Oblast of Russia. His father worked for a village cooperative store, and his mother was a nurse. Soon after his birth, the Rasputin family moved to the village of Atalanka in the same Ust-Uda district, where Rasputin spent his childhood. Both villages, which were located on the bank of the Angara River, do not exist in their original locations any more, as much of the Angara Valley was flooded by the Bratsk Reservoir in the 1960s, and the villages were relocated to higher ground. Later, the writer remembered growing up in Siberia as a difficult, but happy time. "As soon as we kids learned how to walk, we would toddle to the river with our fishing rods; still a tender child, we would run to the taiga, which would begin right outside the village, to pick berries and mushrooms; since young age, we would get into a boat and take the oars..." Rasputin is of no relation to the Tsarist confidant Grigori Rasputin.

When Rasputin finished the 4-year elementary school in Atalanka in 1948, his parents sent the precocious boy to a middle school and then high school in the district center, Ust-Uda, some 50 km away from his home village. He was the first child from his village to continue his education in this way.

Rasputin graduated from Irkutsk University in 1959, and started working for local Komsomol newspapers in Irkutsk and Krasnoyarsk. He published his first short story in 1961.

An important point in Rasputin's early literary career was a young writers' seminar in September 1965 in Chita led by Vladimir Chivilikhin (Владимир Чивилихин), who encouraged the young writer's literary aspirations and recommended him for membership in the prestigious Union of Soviet Writers. Since then Rasputin has considered Chivilikhin his "literary godfather".

In 1967, after the publication of his Money for Maria, Rasputin was indeed admitted to the Union of Soviet Writers. Over the next three decades, he published a number of novels, many became both widely popular among the Russian reading public and critically acclaimed.

Rasputin being awarded the Order of Merit for the Fatherland by President Vladimir Putin, 2002.
In 1980, after researching the Battle of Kulikovo for two years, Rasputin was baptised by an Orthodox priest in nearby Yelets.

Rasputin's literary work is closely connected to his activism on social and environmental issues. Throughout the 1970s and 1980s Rasputin, called by some the leading figure of the "Siberian environmental lobby", took an active part in the campaign for protection of Lake Baikal and against the diversion of Siberian fresh water to Central Asian republics. In the 1990s he participated in the nationalist opposition movement. Having spent most of his adult life in Irkutsk, Rasputin remains one of the leading intellectual figures of this Siberian city.

He was a guest for many events in the city of Irkutsk, including the unveilings of the monuments to Tsar Alexander III, Alexander Vampilov and Admiral Kolchak. He organized the readers' conference in Irkutsk Central Scientific Library named after Molchanov-Sibirsky.

Rasputin's writing
Rasputin is closely associated with a movement in post-war Soviet literature known as "village prose," or sometimes "rural prose" (деревенская проза). Beginning in the time of the Khrushchev Thaw (оттепель), village prose was praised for its stylistic and thematic departures from socialist realism. Village prose works usually focused on the hardships of the Soviet peasantry, espoused an idealized picture of traditional village life, and implicitly or explicitly criticized official modernization projects. Rasputin's 1979 novel Farewell to Matyora, which depicts a fictional Siberian village which is to be evacuated and cleared so that a hydroelectric dam can be constructed further down the Angara River, was considered the epitome of this genre. The opening paragraph below is a good example of Rasputin's writing style (exceptional even for the village prose writers), and the novel's theme of natural cycles disrupted by modernization:

Once more spring had come, one more in the never-ending cycle, but for Matyora this spring would be the last, the last for both the island and the village that bore the same name. Once more, rumbling passionately, the ice broke, piling up mounds on the banks, and the liberated Angara River opened up, stretching out into a mighty, sparkling flow. Once more the water gushed boisterously at the island’s upper tip, before cascading down both channels of the riverbed; once more greenery flared on the ground and in the greens, the first rains soaked the earth, the swifts and swallows flew back, and at dusk in the bogs the awakened frogs croaked their love of life. It had all happened many times before. (From Rasputin's novel Farewell to Matyora, translated by Antonina W. Bouis, 1979)

Rasputin's nonfiction works contain similar themes, often in support of relevant political causes. He directed particularly trenchant criticism at large-scale dam building, like the project that flooded his own hometown, and water management projects, like the diversion of the Siberian rivers to Central Asia. He argued that these projects were destructive not simply in an ecological sense, but in a moral sense as well.

In "Siberia, Siberia" (first published in 1991), Rasputin compares what he considers modern moral relativism with the traditional beliefs of the people of Russkoye Ustye, who believed in reincarnation. According to Rasputin, when burying their dead, the Russkoye Ustye settlers would often bore a hole in the coffin, to make it easier for the soul to come back to be reborn; but if the deceased was a bad person, they would drive an aspen stake through the grave, to keep his soul from coming back into the world of living again. The writer is not ambiguous as to which category the souls of the "modernizers" should belong:

When reflecting on the actions of today's "river-rerouting" father figures, who are destroying our sacred national treasures up hill and down with the haste of an invading army, you involuntarily turn to this experience: it would not be a bad idea for them to know that not everything is forgiven at the time of death.

Some critics accused Rasputin of idealizing village life and slipping into anti-modern polemics. The journal Voprosy literatury published an ongoing debate on the question, "Is the Village Prose of Valentin Rasputin Anti-Modern?" Controversy intensified in the 1980s, as Rasputin became associated with the nationalist organization Pamyat (Память: "Memory"). Originally formed to preserve monuments and examples of traditional Russian architecture, Pamyat became increasingly known for a reactionary, antisemitic form of Russian nationalism. Rasputin has been criticized for his involvement with organizations like that. Rasputin himself argues that his alleged antisemitic statements have been exaggerated and taken out of context.

Since the beginning of Perestroika, Rasputin adopted a line critical of the reforms. His repetition (at the 1st Russian Congress of People's Deputies) of Stolypin's statement "You need great upheavals. We need a great country" («Вам нужны великие потрясения. Нам нужна великая страна») made it a phrase commonly used by the antiliberal opposition. In July, 1991, Rasputin signed the open letter "A Word to the People", other signatories of which were mostly Soviet functionaries opposed to Gorbachev's reforms. In 1992, Valentin Rasputin joined the National Salvation Front (a coalition of radical opposition forces), nominally belonging to its leadership. He later supported the CPRF and its leader, Gennady Zyuganov.

Awards
USSR State Prize, 1977. The prize was awarded for his novel To Live and Remember, the protagonist of which was a deserter during the war.
Order of Lenin, 1984
UNEP Global 500 Roll of Honour, 1988.
Solzhenitsyn Prize, 2000