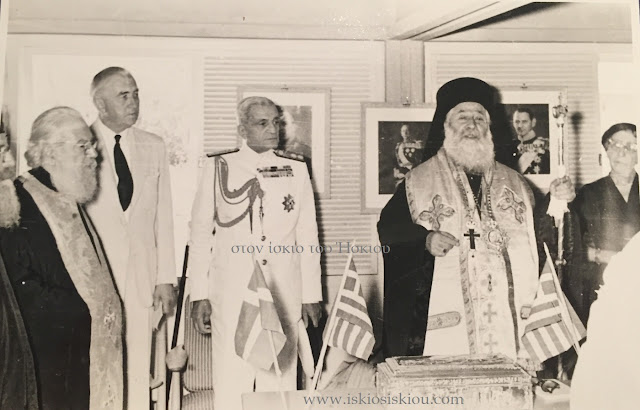 On Wednesday, 27 June 1956, at 6.30 a.m., the Heliopolis docked in the harbour of Zakynthos. Among its passengers were many dignitaries: the Minister of National Education, Mr. P. Levantis, the Minister of Social Welfare, Mrs Lina Tsaldari, the Undersecretary of Public Works, Mr. Tryphos Trantaphyllakos, and the President of the Greek Red Cross, Mr. Const. Georgacopoulos.

Head of the delegation was Admiral P. Ioannidis, widower of the late Princess Marie of Greece, representing the Greek Royal couple, (who had planned to come but had other engagements that day).

All were welcomed by the Prefect of Zante, Mr. C. Calogeropoulos, the Mayor, Mr. N. Filiotis, and the Head of the Zante High-School, Mr. Christodoulos Antiochos.

At 11 a.m., they gathered at the newly built boarding school, “Prince George of Greece”. The building was formally inaugurated and handed over. After the speeches, Danish smorebrod and beer were served for lunch of approx. hundred guest.

At 4 p.m. the Heliopolis left the harbour of Zante, direction Piraeus.

Almost three years earlier, on August 22nd 1953, Prince Axel and Prince Georg of Greece and Denmark had founded the Danish Relief Organisation, to collect private and public money, in order to help the Ionian Islands, hit by the earthquake earlier that month. 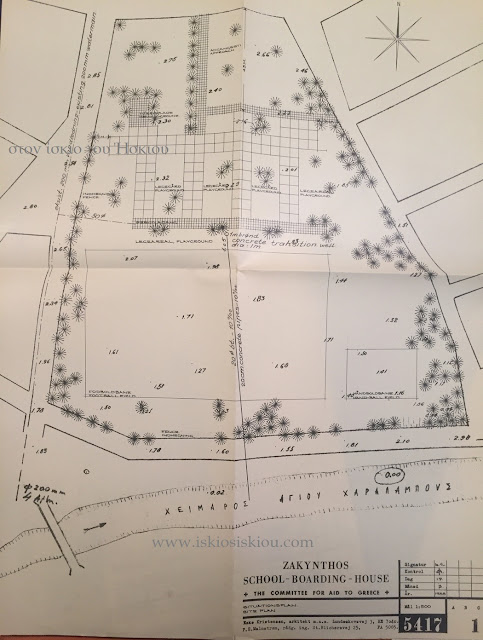 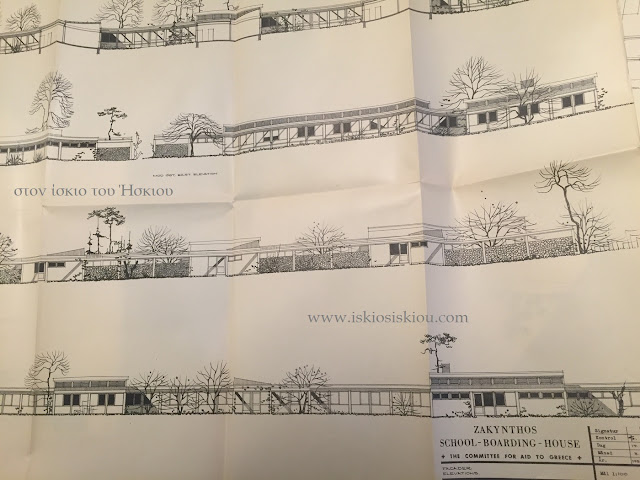 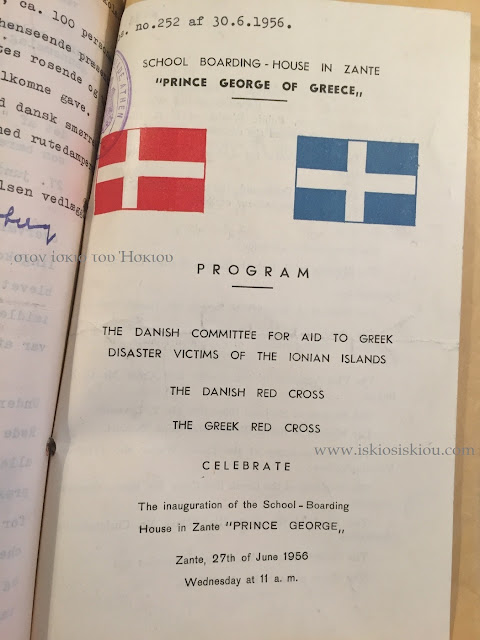 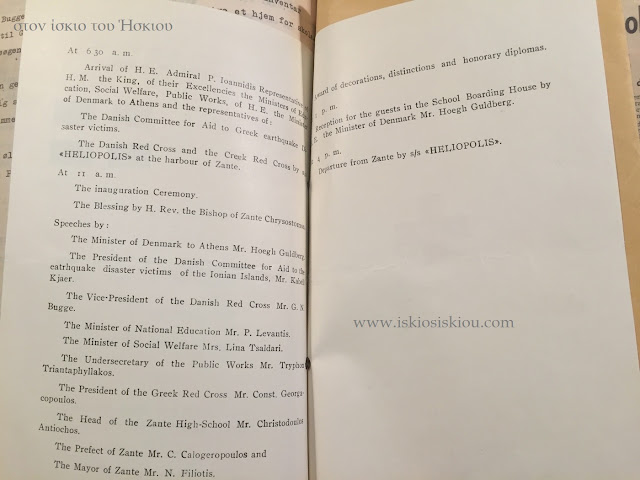 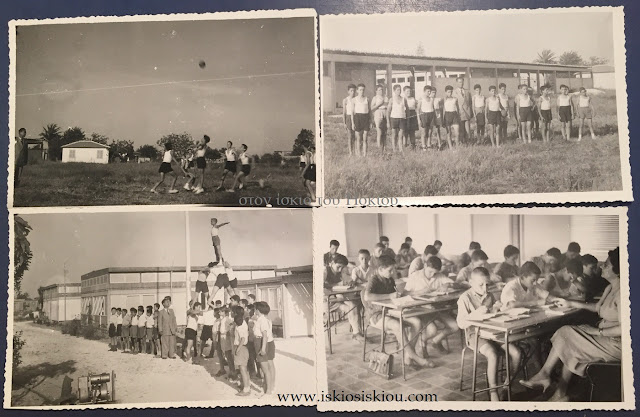 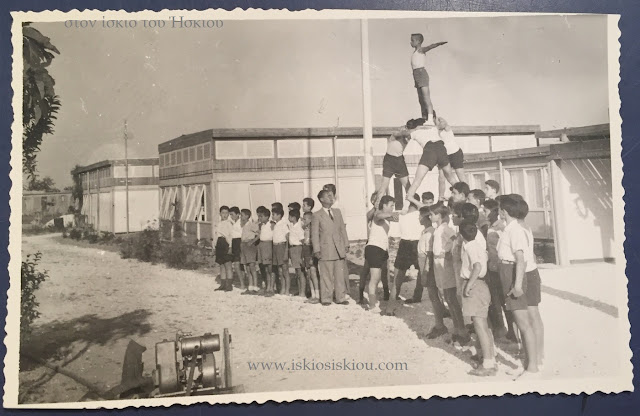 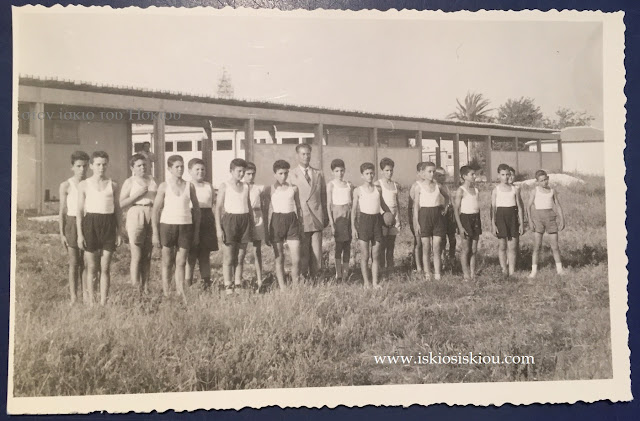 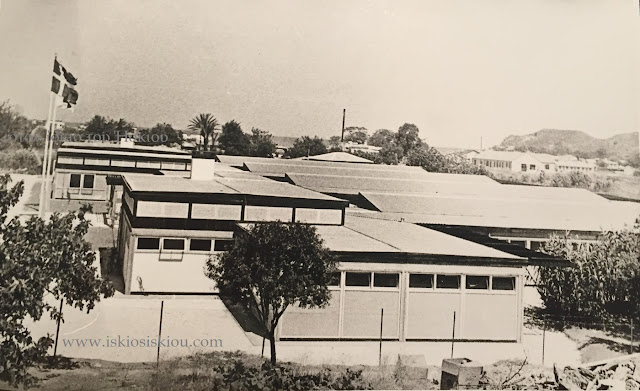 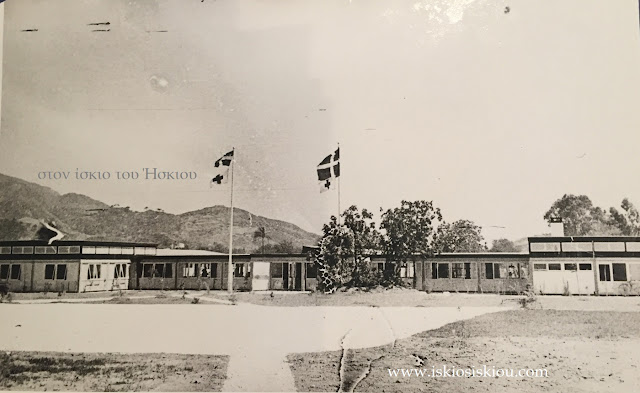 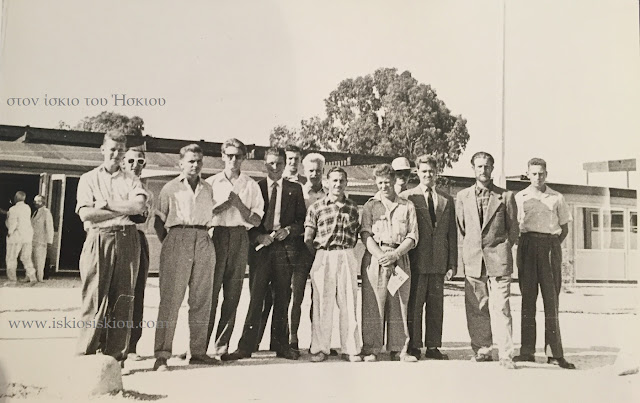 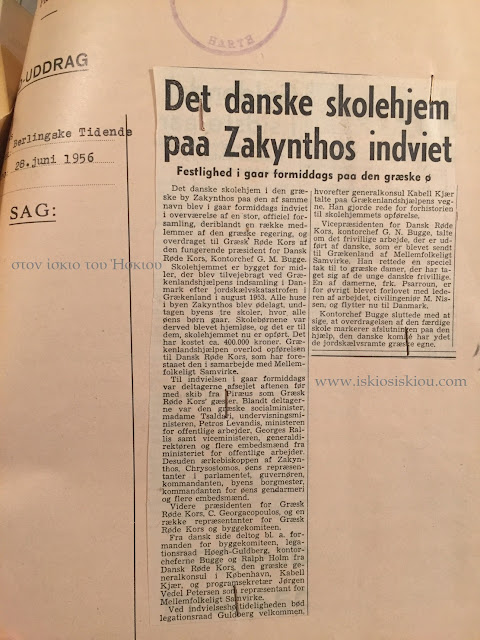 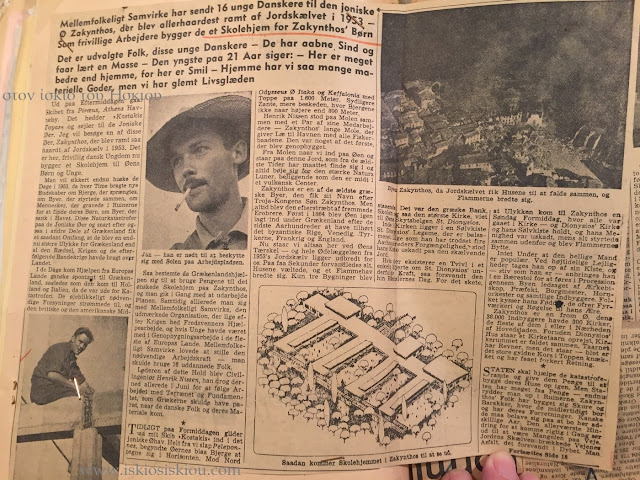